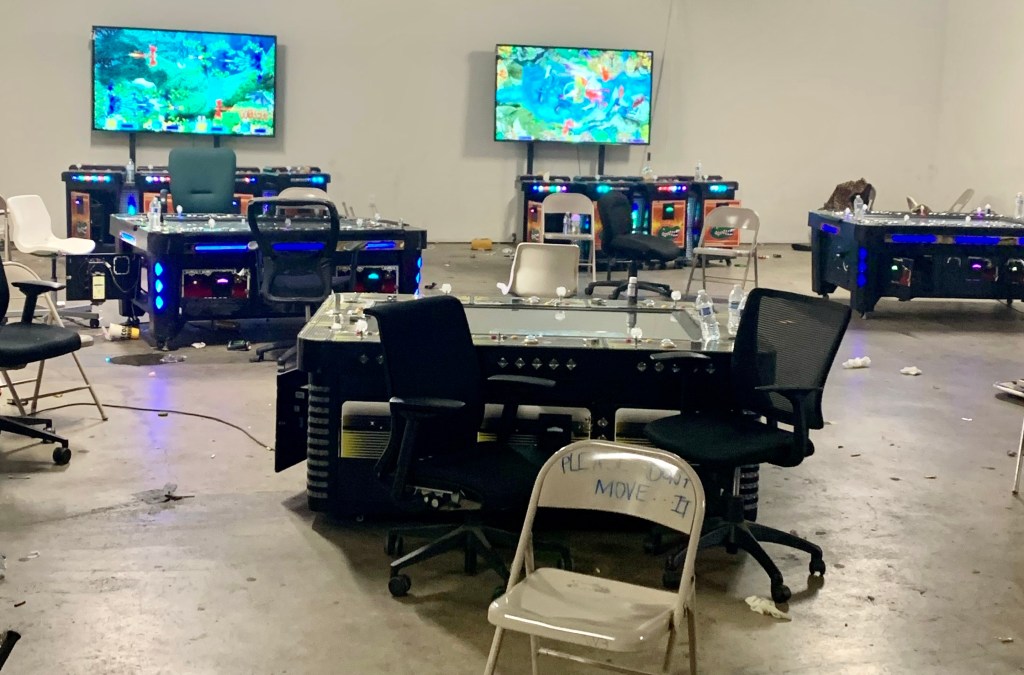 Anaheim police raided an illegal gambling operation Wednesday, Feb. 10 and detained as many as 70 people.

For about two months officers had been investigating the faux furniture store where the gambling establishment was operating, said Anaheim police Sgt.Jacob Gallacher.

It was around 10 a.m. when they served a warrant at the business, at 1672 West Lincoln Avenue, Gallacher said. Inside they found gambling machines and guns among the dozens inside.

“We’ve gotten over 50 complaints about that establishment,” Gallacher said. “This has been a 24-hour a day operation every day.”

In October, a business next door was also raided for the same activity.

No one was injured during the serving of the warrant, police said. On Wednesday afternoon, authorities were still processing the dozens of people that were inside the business and could not immediately confirm how many arrests were made.