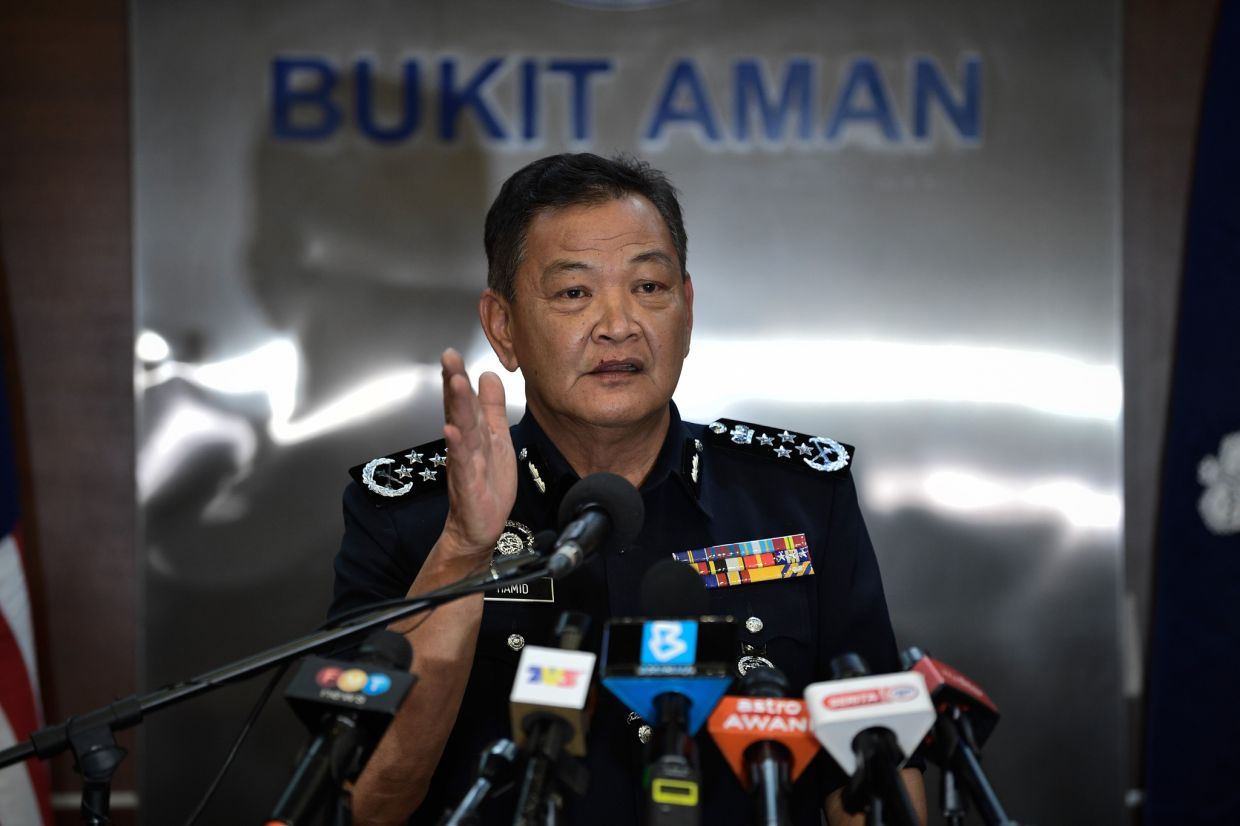 The police inspector general said he was aware of false statements made by the syndicates that Bukit Aman had allegedly given them permission to operate.

"The lie, which has been circulating since late last year, was intended to thwart raids and operations against the syndicates. The unsubstantiated claim also said that all venues could resume operations by mid-January or Chinese New Year," he said.

When contacted on Saturday (January 23), Abdul Hamid added that the claim that Bukit Aman had given the syndicates the green light to take action was a "malicious lie".

The IGP added that he had already reminded all CID officials and personnel to take courageous action against the "Tauke" (bosses) of a syndicate as they had ruined many people's lives.

"I deeply appreciate the efforts of the honorable men and women of the police force to curb illegal gambling. I have worked to ensure that the Crime Prevention Act (Poca) is used against the syndicates," said Abdul Hamid.

He added that he also requested that all foreigners involved be declared "persona non grata" and said that he had discussed the matter with the director general of the Immigration Service.

Abdul Hamid said such approaches are essential as gambling habit has become a serious problem among Malaysians.

"A lot of players are trapped in debt and there are also those who have committed crimes to fund their gambling habits," he said.

The country's top police officer urged the public to contact the police if they have any information about illegal gambling activities.

He also welcomed the efforts of the Ampang Jaya police over the bust of an illegal gambling consortium on Friday.

The recent bust resulted in 18 people being arrested while many items were seized.