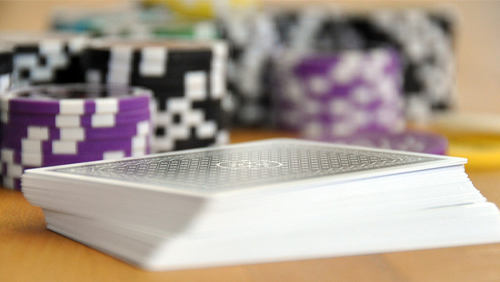 The latest development in the ongoing saga of Mike Postle isn’t a good one for the poker player who faced cheating allegations after suspicious action on the Stones Gambling Hall live stream last year.

The crib notes of the Mike Postle are well known to most. After an allegation over cheating saw poker players, commentators and YouTube creators allege ‘cheat’ in Postle’s direction, the man himself went to ground, re-emerging to successfully argue that the case should be thrown out. That wasn’t the end of the matter, however, as allegations from Postle himself about defamation of his character threatened to turn the focus against those who accused him of cheating.

The latest twist is not a good one for Postle, whose lawyer this week stepped away from representing him and in the wake of that action, two defendants in the defamation lawsuit then hit Postle with an anti-SLAPP.

If you’re lost like a live poker player with 7-5 off-suit and no knowledge of what any of the other players have at the table, we’ll break it down for you.

Postle’s recent troubles in this case hark back to a period of time when allegations first flew. As Twitter learned of this latest nugget of news, it exploded with plenty of vitriol in the direction of Postle.

It was Todd Witteles, one of the defendants, who broke it with his Tweet:

– Attorney Steven Lowe was GRANTED dismissal as Postle’s counsel, as requested, on 1/14/21.

As you can see, the two defendants anti-SLAPPing include the initial whistleblower, Veronica Brill, and with seven figures in damages potentially being requested, Postle could presumably do with all the help he can get.

With Postle initially going after a ridiculous $330 million in damages from parties who published his name in regard to the original case and California’s Stones Gambling Hall, this reversing of the threat to defame is an interesting one. Having rumbled on for around 15 months, the Postle case could yet see the other side of the argument winning out, and the strategic lawsuits against public participation (SLAPP)’s punishment being handed to Postle instead.

Is there merit on both parties dropping the case? Certainly, but whether there is enough of a benefit in doing so is arguable and the very fact that is the case will likely push this latest dispute to another court date.

As the lawyer Mac Verstanding tweeted, Postle no longer has a lawyer to help him make the key decisions that will doubtless shape the outcome.

As PokerNews broke the story, plenty of players had their two cents worth in the comments and it’s clear that the poker industry has a huge amount of anger towards Postle and are not afraid to say it. As Witteles said in his latest motion, “It is apparent that Plaintiff filed this meritless lawsuit in an attempt to better his own public image, with full disregard for the rights of Witteles. This is the exact situation the Anti-SLAPP legislation was designed for. The Court should grant this special motion to strike based on Witteles’ well-founded right to free speech, and in the interests of equity and justice.”

Big words, but justice stands out – who gets it and when is going to be at the core of the Mike Postle story and how the narrative is remembered.

Enhance your poker expertise for FREE with MyGame Whiz at partypoker